That is a difficult question to consider! I really like the analogy: Drain the swamp and mosquitoes will not breed there. There are strong healthy persons who seem to never get sick, and others who seem to constantly “catch cold” or “get the flu”. Perhaps there are many paths that can improve one’s general health. I would like to share a few that have helped our family not be susceptible to every disease that seems to be spreading through the town.

In early married life, I was especially susceptible to disease. And as I had children, they were often sick and they developed allergies. At a music camp I heard a mother say: “My children are never sick; I’m an herb lady.” Since I wanted healthier children I went to the local herb store and looked into ways of improving our family’s health.

The lady who owned the local health food store became my “new best friend.” First, she encouraged better eating habits, particularly the elimination of negative nutrients from our diet. Sugar and refined carbohydrates were some of the most damaging. In a sense, they created the “swamp” which allowed bacteria and virus to breed in our bodies. As we curbed the use of these “white foods” (white sugar and white flour), our girls no longer needed an antihistamine for their congestion. Two of our four daughters had allergies bad enough that we had done allergy testing, and they had shots twice a week. After three weeks of a healthier diet, we quit giving them their shots—with no downside. Of course, this is not to suggest that this will be the case for everyone. But it did work for us.

One of our neighbors became terribly sick about four years ago. She recovered her health through studying and eating healthy foods. She has a book and a website http://becky4health.blogspot.com/  to share her findings. Wouldn’t we all like to have more energy, and live a healthier life-style? 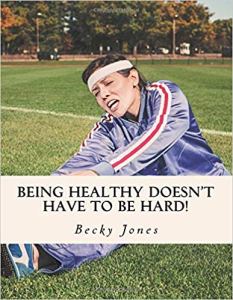 Just lately, I have learned that several dear friends have cancer. Although not searching the internet for “cancer cure” (I have heard that cancer patients don’t like others tell them what they should have done), I have become more aware of articles that give evidence that a change in diet helps cancer patients survive. One headline on Newsmaxhealth said: “Sugar Real Cause of Cancer Deaths, Study Finds”. But of course, the actual article told that the study was limited to the link of sugar to oral cancer. However, other articles have confirmed that sugar and poor diet provides cancer the environment in which to grow. One doctor shared his recommendations for a healthy diet to beat cancer by eating raw foods. He reported that his patients who followed this diet had a much lower mortality rate than the national average. [https://markstengler.com/wp-content/uploads/2017/05/Fight-cancer-with-the-healing-power-of-diet-and-supplements.pdf.  Since he wasn’t selling supplements, I wasn’t suspicious of his motives.

We learned more about herbs and found that the wise use of herbal supplements was one way to improve our family’s health. The medical community has generally been skeptical of the use of herbs. Many herbs have similar properties to antibiotics and other pharmaceutical medicines, and there have been and can be reactions and death from the use of herbs as well. On the other hand, they have great potential for building a healthier, stronger body by providing nutrients that are missing in our food supply. It is necessary to study the safe use of these products of nature. Although vitamins have been touted, sometimes the need for a broad range of minerals has not been sufficiently recognized. Again, the products I found in health food world helped us build stronger, more disease resistant bodies.

Essential oils have become popular—partly because they are very effective and partly because most are sold through multi-level marketing. Many of these oils are from plants that have the same healing properties as the herbs from which they are made. We learned about many of these oils when our friend, Linda Barnes, helped Julene by “zoning” [see Chapter 8 p. 65 of One Angel and Twenty-One Miracles] her feet and using essential oils. Our family depends on some of these oils to fend off the sore throat and colds, stop bleeding (yarrow oil—amazingly effective), and relieve aches and pains. Most often it is successful! Although companies claim the oils are completely safe, we have seen some temporary skin reactions with certain oils, but nothing serious.

There are other alternative methods to maintain good health. Homeopathy is one of the least understood sciences by the general public, spurned by the medical world, and discredited by most of the articles on the internet. It may be difficult to find homeopathic health care providers, but the treatment is often extremely effective without being invasive. 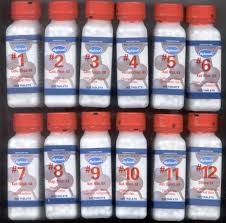 One example is the use of homeopathic tissue salts. These are very small pellets of sugar that contain certain minerals. The one labelled “#8  Mag Phos” eliminates muscle cramps. This is amazingly effective for menstrual cramps! Here are three links with information about Tissue Salts, how to use them, and their effectiveness:

To introduce another alternative health program, NAET [Nambudripad Allergy Elimination Treatment], will require a fair amount of background. Perhaps at first glance, those without an understanding of eastern medicine might immediately discount this method. 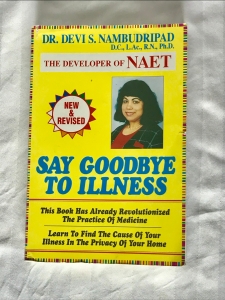 But if you could understand how seriously allergies have impacted our youngest daughter, you would certainly understand why we were willing try most any program that held the promise of eliminating allergies. Here’s her story: 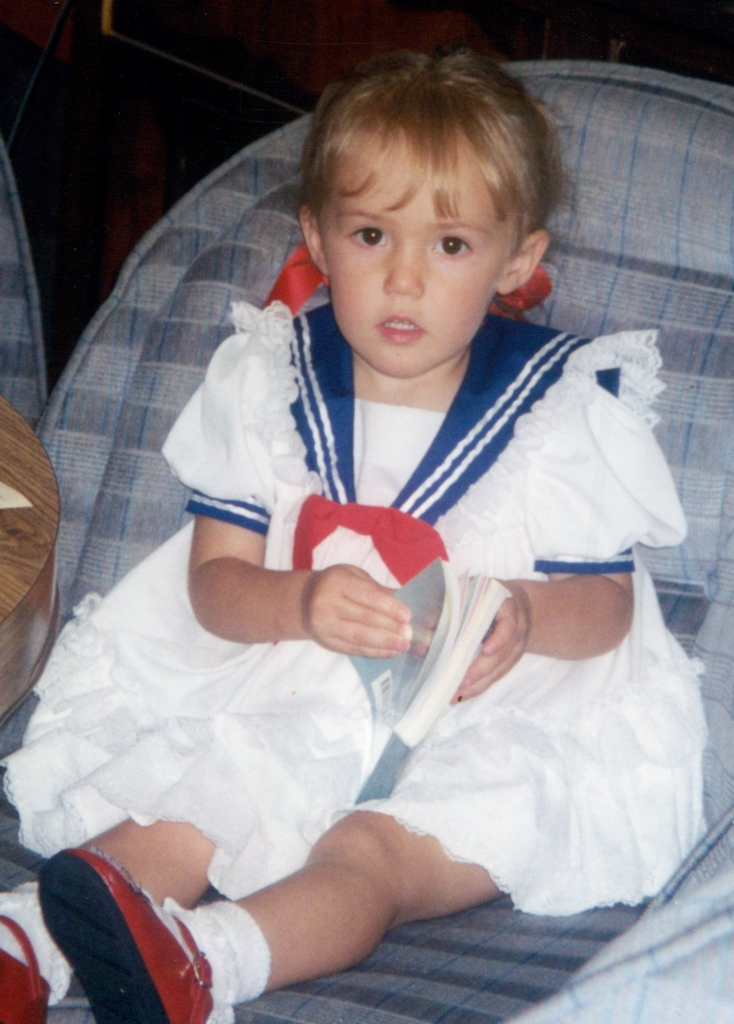 Audra was born when I was 48 years old. (I have always wondered if that contributed to her not being especially healthy.) As a toddler, she was so allergic to chocolate that she actually started throwing up after only two bites of a chocolate-covered granola bar! It became really difficult to have her at family gatherings or a party where food was served.

After Julene died, she began having severe difficulty breathing—not just wheezing, but to the point that she could not get air. She had been to the emergency room several times. During the most serious episode, she quit breathing at the entrance to the emergency room and lost consciousness. They administered mouth-to-mouth resuscitation, but it was fifteen minutes before they were able to call-in one particular anesthesiologist who was especially proficient at inserting trach tubes. He succeeded and they were finally able to put her on a ventilator. (Oddly enough, there was so much going on—with at least 6-8 medical personnel in room, that no one even noticed that we were standing at the side of the room. Don’t they usually usher parents out when things are life-threatening?) Because of the seriousness of the situation, and the fact that it was a recurring problem, the attending pediatrician felt she needed to be at Primary Children’s Medical Center in Salt Lake. After she was stable, arrangements were then made for fixed-wing transport, rather than a helicopter, to transport her to Salt Lake. I went with her. A bronchoscopy-–a procedure that puts a camera down the trachea tubes was done. It showed that her trachea was the size of a two-year old rather than a six-year old. When asked what could be done, they answered: “Just hope she grows out of it.”

Not knowing what to do for Audra, I met one of my dear friends who suffered terribly with multiple food allergies as well as sensitivities to unclean air, electrical transmissions, and many other things.  This day, she looked better than she had in years. When I asked her what had changed, she shared with me how she had done NAET with a chiropractor in Pocatello. This technique turned out to be the most effective treatment we have ever done. The allergies are eliminated with vibrations rather than invasive procedures. Within about 3 months, several major allergies had been eliminated. At last, the allergy to chocolate was eliminated—and she could finally eat chocolate! We rejoiced. Last summer, her dog tangled with a skunk three times. After the third encounter and the ensuing baths for the dog, she soon found that her breathing had become difficult. We went to Pocatello to have a treatment for her allergy to skunk odor. About 10 minutes after the treatment, Audra said: “Wow! Things have opened up and I can breathe easily.” These treatments have possibly saved her life, but at least given her a much better quality of life.

Recently we learned about Dr. Bradley Nelson’s program to promote better health. Nelson’s book is: The Emotion Code:  How to Release Your Trapped Emotions for Abundant Health, Love and Happiness.  The premise is that when a person can release trapped emotions, it can result in the sudden disappearance of physical problems. Although it may seem totally impossible, Dr. Brad (as he is called) has had impressive results. Again, the results may depend on the ability and training of the provider.

The above ideas are not to discount the use of doctors or pharmaceutical medicine. It has its place; it has allowed us a better and longer life. However, it is also good to learn to be healthy and not have to rely on it. Here is hoping you may find ways of staying healthy to avoid the dangers of the over-use of medicine which has the potential of causing life-threatening problems.